DF: And you are still based at a firm in Indianapolis?

DF: Any big cases yet?

LW: Not exactly. I’ll have to work there quite a bit longer before I get a case of my own, or at least one on any kind of large scale. Paying my dues, you know. But I don’t mind; it’s a great firm, and I’m learning a lot.

DF: Oh, I wouldn’t sell yourself short. You never know when that big case might come along.

LW: Well thanks, that’s just not exactly how it works.

DF: Speaking of Indianapolis, isn’t it true that your roommates, Hilton Joliet and Jill and Todd Blake, are moving to LA?

LW: Yes. They all are. It’s just gonna be me left here in Indy.

DF: And how do you feel about that?

LW: Well, I have mixed feelings. I’m really happy for them, and I think it’s definitely the right move for all of them, but I’ll be lonely. (fake sobs)

DF: Ever consider moving to LA with them?

LW: I mean, the thought has crossed my mind, and of course they’ve brought it up too. But I need to stay in Indy for now. I have a good job, and I wanna try to build my life here. Also, I don’t wanna take the bar in another state!

DF: So will that life you’re building include any romance?

LW: That remains to be seen, I guess.

DF: I recently interviewed Hilton. She mentioned she might have a “prospect” in her romantic life. Is it you?

DF: Yes I would. And I’m sure our devoted readers would too.

LW: Well, I’ll let Hilton decide when and if to talk about her love life.

DF: Do you know who the prospect is?

LW: That I can confidently say I do.

DF: Oh my…we’re all in suspense.

DF: So what do you think will be the next big scandal in the tennis world?

LW: I have no idea. (laughs) I’m not really part of the tennis world.

DF: Oh, but you are. Will we see any surprises from you in this book?

LW: Actually, you will.

DF: Can you tell us what they’re about?

DF: Ooohh, can’t wait to know more. But I have a feeling you’re not telling any more right now.

LW: Well, I will say that near the beginning of the book, Hilton predicts I’ll be in GSM again, even though I’m not living with her anymore. She just might be right.

DF: Of course. Will readers be happy with your storyline in this book?

LW: I guess that depends.

LW: On what readers want to see happen in my love life. And Hilton’s. And Haidin’s.

DF: That’s all you can say. You’re killing us, Luke. Okay, I guess we’ll just have to read and see what happens.

LW: Sounds good to me.  GSM

Stay tuned for the next Only May in Paris Will Tell character interview, featuring Hilton’s ex-hookup-buddy Haidin Bayliss!

In the meantime, to read more about the book, go here. If you want to know more about Luke before the start of Only May in Paris Will Tell, check out the first book featuring him, Everything Happens for a Reason…, which starts during his and Hilton’s junior year of college!

Or, if you like to read everything in chronological order, check out the very first book about Hilton, Really Good Friends, when she and Jill were freshmen in high school!

And don’t forget to check back for Haidin’s interview, because if you know anything about him, you know he loves to stun the world… 😉 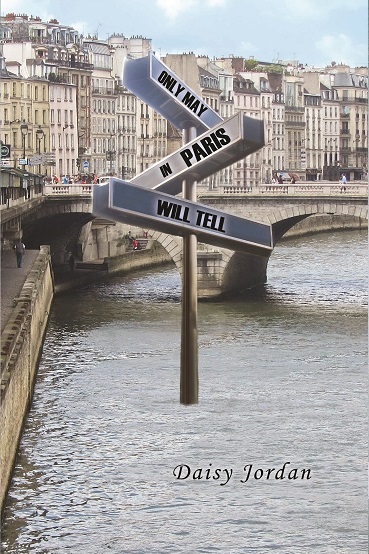 Everything Happens for a Reason…

Hey guys! It’s Hilton from Daisy Jordan‘s new book, Only May in Paris Will Tell, which is officially released and can be ordered here! And since you get free shipping w/ a $25 book order, you might as well pick up another Daisy Jordan book or 2 while you’re at it. 😉

Anyway, I am soooo excited for this book. It takes place over 10 months, and you will read all about my love life, my move to LA, whether my ex-boyfriend Luke and I manage to stay friends, whether my ex-hookup-buddy Haidin and I manage to stay friends after I found him in his hotel room w/ his ex-girlfriend Aubrey at the end of Living in a Postcard (SO weird to think about still…), what my best friends Jill and Todd are up to in LA, whether anything else ever happens w/ the guy I love, Tanner, after that kiss we had in Indy, what my tennis-player friends Nate, Noah, and Damian are up to, and so much more! And don’t worry if you haven’t read previous books about me – this one does stand alone, so you can read it without having read any of the others!

And to give you a little further preview of the book, here is an interview with me and my boss at Game Set Match magazine, Deidre Fox. Just remember, I’d never tell her everything. 😉

DF: Hilton, what are you most excited for in Only May in Paris Will Tell, the latest book about your life traveling with the tennis tour?

HJ: For my book launch next May in Paris! I’m publishing my first photography book. And also definitely to see how my love life progresses.

HJ: I can’t say much more right now. Just that there’s a potential prospect…at least I think there might be. And I can’t wait to see what’ll happen.

DF: Anybody we know? Anybody you’ve been previously involved with or linked to?

HJ: Maybe. Or maybe not.

DF: I guess we’ll just have to wait and see what pictures our talented photographers are able to get.

DF: What are you least excited about in your life right now?

HJ: Well, I’m moving to LA, which I’m thrilled about, but my best friend Luke will still be living in Indy, and I’ll miss him like crazy. We’ve been living together for basically six and a half years. So I’m bummed about being so far from him.

DF: Luke Windler, not just your best friend, but also your ex.

DF: Could he be the “prospect” you’re talking about? Is a reconciliation in the picture?

HJ: Luke and I don’t need to reconcile, because like I said, we’re still best friends.

HJ: Maybe. Or maybe not.

DF: Tell us who you think will be the center of the biggest surprise story to come out in GSM in the next few months.

HJ: Well, you never know what’ll happen, but I think it could be Haidin Bayliss.

DF: Because he’s your prospect?

HJ: This one actually has nothing to do with me.

DF: Can you tell me what you know?

HJ: Just that Haidin has some surprises up his sleeve, I think. Or behind his hotel room door.

DF: Okayyyy. Let’s look farther down the road. Who do you see being at the center of the most jaw-dropping story of 2009?

HJ: Hmmm. I’m gonna go with Nate Young. Or maybe me. Or maybe somebody not even on the tennis tour.

DF: Are you still friends with Tanner Bruin? You 2 haven’t been spotted together in over 3 months, since shortly before he proposed to his girlfriend Austin Delks and she said no.

HJ: Of course Tanner and I are still friends. I visited him at his house in Vero Beach while he was recovering from his broken ankle last month.

DF: Is Tanner ready to make a comeback?

HJ: I think he is. I think you’re going to see him come out firing and have a strong summer. He’ll be ready to defend his US Open title.

DF: How many girls do you think Nate Young will hook up with between now and the end of 2009?

HJ: A lot of people.

DF: Okay, well we’ll cross our fingers it’s not you who’s devastated, Hilton! But we at GSM have to admit, we can’t wait to see what you’re talking about! GSM

Yeah…I bet she can’t. :p Well guys, stay tuned for the next Only May in Paris Will Tell character interview…with Luke Windler, my ex-boyfriend!