Like many Nashies, aka diehard fans of the show Nashville, I am still struggling with Rayna’s death. To witness a Nashville world where Rayna and Deacon can no longer be together, and without Rayna’s music, is devastating every single week. I couldn’t sleep the night she died, and 2 minutes into the funeral episode I was crying hysterically. I have never cared so much about a fictional character or a fictional relationship until Rayna and Deacon.

The most epic love story I have ever read, watched, heard of, anything. I am a writer, and I think I have written a couple pretty incredible love stories, with a depth and bond unlike the boring cliches often found in books, TV shows, and movies. But when I watch Rayna and Deacon, I am inspired to to go even deeper, write something more intense.

And while this post-Rayna-and-Deacon world is still unfathomable, I am still a Nashie. I do love the other characters, and I want to be able to keep watching the show. I know I will keep watching. So in order to make myself okay with the gut-wrenching absence of Rayna, and Rayna and Deacon, I’ve had to invent my own reality…an alternate ending of sorts.

I read the interviews with the showrunners about how closely they worked with Connie Britton to make Rayna’s death meaningful and fitting to her character. The problem is, I completely disagree with the decision they made. I hate the way she died, and I don’t think it fit her character at all.

The thing I hate most about how Rayna died is it seemed to me there was an element of choice, or maybe acceptance. It was like there was a moment she knew she was going to die, and instead of fighting like hell, like she demanded of Deacon when he had cancer and surgery, she just let go. That was not Rayna. Rayna was fierce and feisty and loved Maddie and Daphne and Deacon way too much to just close her eyes and give up.

I also absolutely can’t stand that she spent her last episode in a hospital bed. Sure, the conversations she had with various characters that day were impactful. But those could have easily been spread across everyday-life scenes in a normal episode, so that those characters still got to have those significant last moments with her, and her death could have happened differently.

So when it happened, I kept asking myself, if she had to die, how would I have done it, if it were up to me? And the answer came to me pretty easily. I would’ve had Rayna die in a plane crash.

A plane crash obviously takes away the element of choice or acceptance, and she could have spent her last day with Deacon and her family before going to the airport to fly wherever.

And…a plane-crash death for Rayna was almost even foreshadowed back in January, especially for those of us who had heard she would not survive the season.

Juliette had just survived a plane crash, and Rayna was so scared to get on a plane she had a panic attack when she flew to California, then she ended up renting a car to drive back across the country. It would’ve been ironic and tragic had she ended up dying the next time she decided to fly…but I would have been able to live with it.

So, every week when it’s time for Nashville, that is the alternate ending I pretend is real, so I can keep watching. 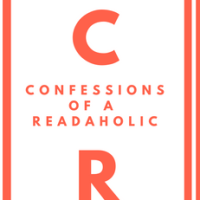 a little bird tweets
Confessions of a Readaholic